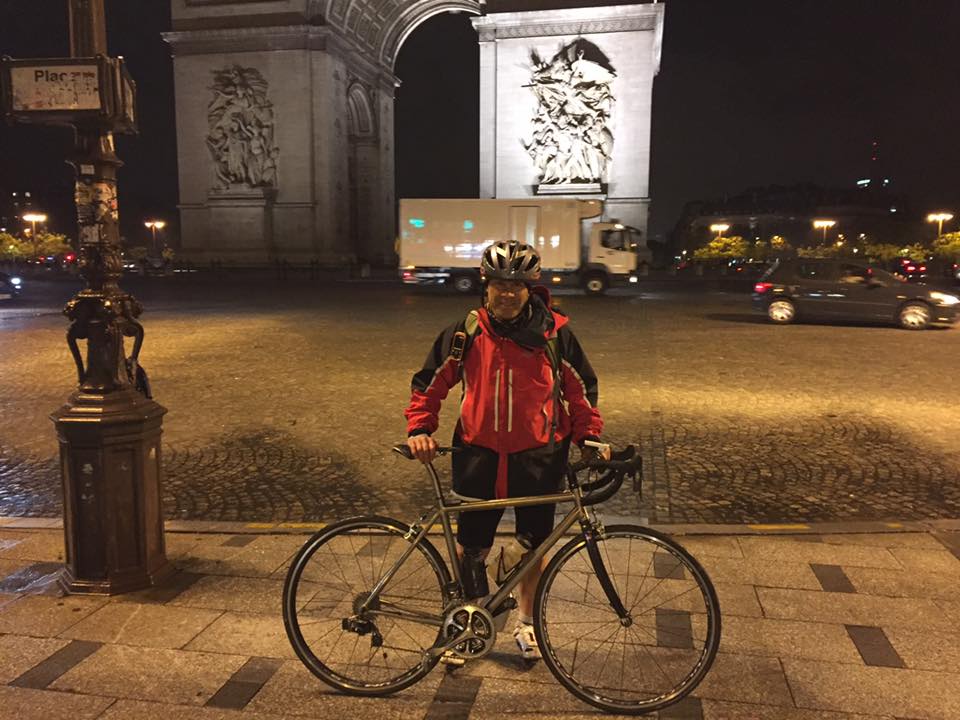 Hi all… I will do two posts to Vlad group on this Arch2Arc and that’s it!! The second one will be the event report.
Firstly, can’t thank Vlad enough for his coaching and getting me prepared for the swim. Also the support from Martin Vavrek and Jai Di Tommaso.
Also thank you to all the Vlad swimmers who i have swam with and either knowingly or unknowingly have contributed to improving my performance. This has been through either swimming with you, a conversation, eavesdropping on conversations, seasoned swimmer advice (you ultra-swimmers) and observations on your swimming styles good and bad! Let’s not forget those secret races we have in lane and between lanes.
Also have to thank Lawrence Stubbs and Nicole Piha who helped at VladSwim cold water camp in Melbourne.
Thank you. 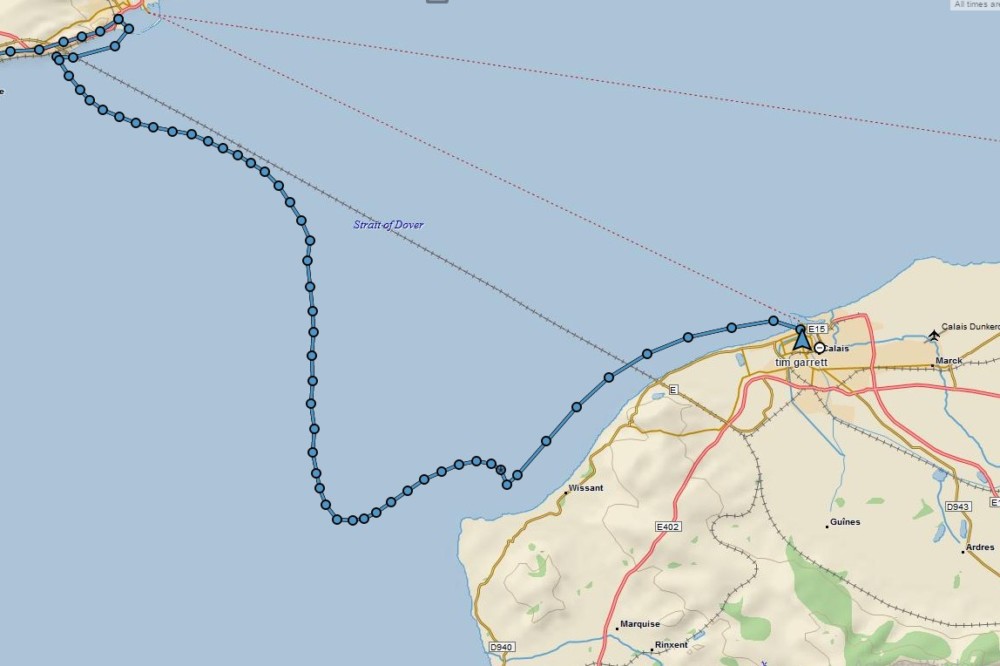 As promised more detailed Race report:
Well after waiting three weeks in Dover for a start to a solo attempt for what is known as Arch2Arc (an Enduroman event) i got another start date. I had already had two other start dates but these were cancelled due to gale weather conditions in the Channel.

I cancelled my flight home and waited for a start. Up till then I had a daily routine of get up and run 10km, check the weather, ride bike 30-50km and go for a swim in Dover harbour. Oh and hang out with Channel swimming icons.
On the Wednesday three days before the swim I changed my diet to clear my system and just ate rice. On the Friday i went up to Marble Arch London on the train and started to run at 19:30. I carried 7 cans of rice pudding a box of pringles and 1.5 litres of water.

I had set my course and was definitely expecting a better time on the run from my previous attempt which was delayed due to getting lost and a mugging attempt by 5 lads in Deptford/Lewisham.

I was expecting to do a 15hr run but again got lost because of mistakes I made along the way and google maps trying to correct the route mistakes (last time was 17hours). My own bloody fault!! Water refills and mars bars at petrol stations to renew stocks, nutrition was okay. Going off route led me along Pilgrims Way in the middle of nowhere Kent!! Total run time was 21 hours 12 minutes for 128.48km. Not happy with that run time 🙁 Eventually I got to Dover and priority was to eat rice and drink fluids. Then I made my swim food up and got to bed at 9pm, having been awake 39 hours I got my head down and had a good sleep for 3 hours. Got up at midnight, sorted my swim kit and food and headed to Dover Marina with my bike.

There were 3 swimmers from Australia, Chloe Mc, Malcolm Cockburn and me. Huh. Chloe a veteran iconic channel swimmer proof that women are genetically superior in endurance swimming and pain tolerance. Which reminds me of a story about pain tolerance and how people say that giving birth is the most painful thing. Yet if you compare it to having a kick in the balls, I think this is far more painful. Often you will hear a woman say she is looking forward to another birth in the family. Well I’ve never heard a man say I’d like another kick in the balls!! 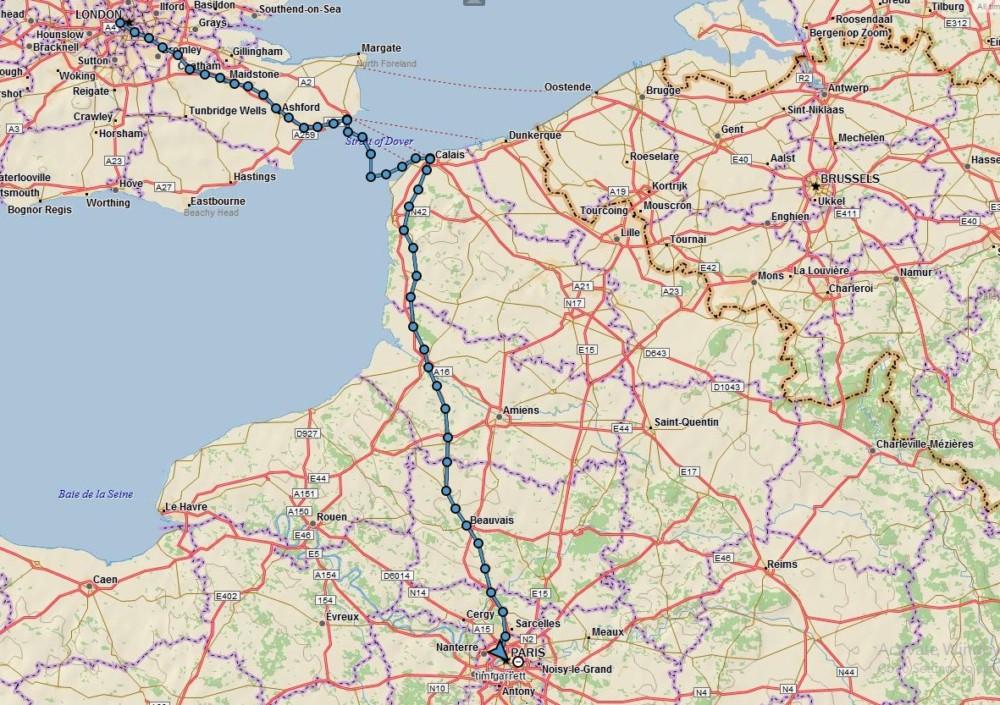 My race plan was simple, take it easy for the first hour and then swim a fast-steady pace around 3km an hour for 6 hours. Swim aim was of course to finish, but small steps, just get to the next feed every 30 minutes. Water temperature was 15ºC at Dover and it seemed like ages before the sun came up. Feeds were quickish but could have been better. Drinking about 300ml of maltodextrose/milo and a separate 200ml warm water. After swimming 8 hours I had a major spew session and this was about 2 litres, this was important to know because I knew I had to recover from this, rehydrate and refuel so the next swim hour I slowed down to recoup and changed my drink to flat coke and jelly babies. This worked well and then I alternated my feeds between baby food and warm water, coke, jelly babies and milo/dex.
I reached south of the Cape at 3:46pm to start swimming North/east, bloody choppy here! Arrived at France at 19:30 pitch black. Got on the boat and laid down on the deck to go to Calais and had a sleep. Got off the boat at Calais and walked off the port without going to immigration and cycled to my hotel and slept for 7 hours. Yee ha total swim time was 16:38 hours and total distance was 46.79km or 28.06 miles (24.93nm). Chloe did it in 10 hours something, I think i must have been kicked in the balls every hour on the hour for my swim.
The ride to Calais was crap and difficult unassisted. Having started my ride, when I was 11km out of Calais I lost phone signal and data which I was reliant on for my navigation. So I had to phone home to get back on course, but decided to go back to Calais to get some maps from tourist information. 7 hours later I was on the road fully restocked with food, water and maps! The ride was in the middle of nowhere, only three places were open to get food and for the most part – no street lights. Even arriving at Paris phone signal and data dropped out and it took 30minutes to get to Arc de Triomphe 3.5km away! Total ride time was 21.39 hours, so it could have been 14 hours and the ride distance was 292.34km on a undulating course.
Doing it the hard way made it all the more fun. Without a doubt the hardest leg is the swim… and what was I thinking at the end of the swim… I wonder if i could do a double arch 2 Arc? 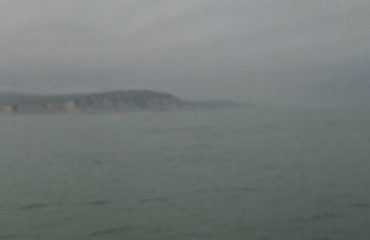 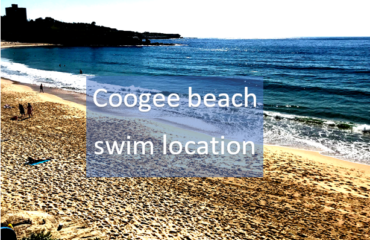 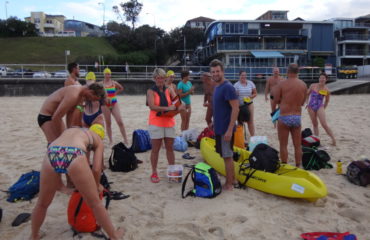