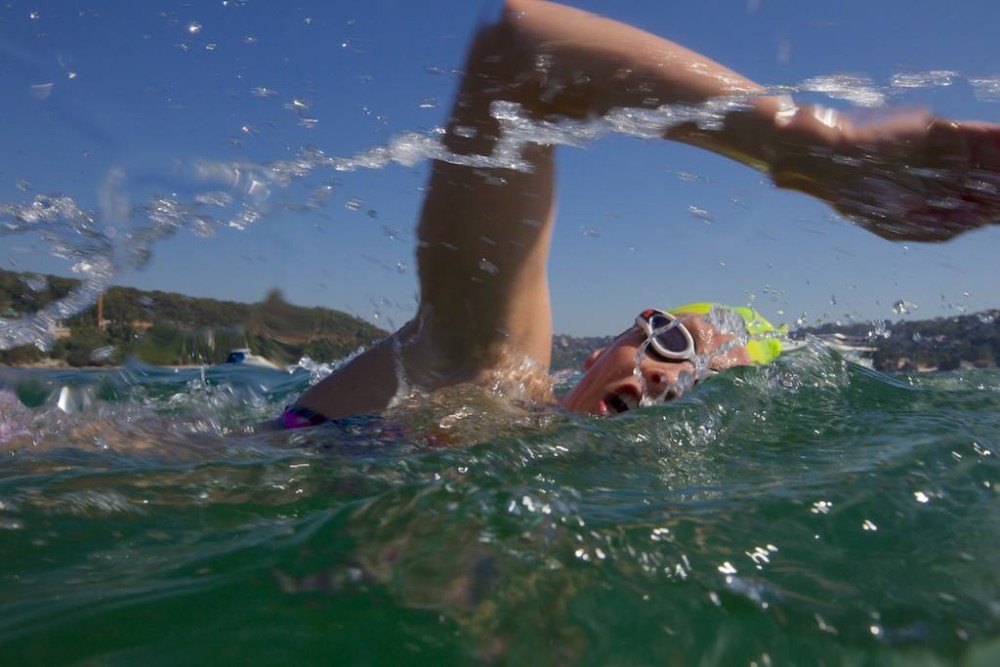 This year, 2011, the Vladswim swimmers increased for the Rottnest Channel Swim. For the solo swim, Louise Stevenson upheld her success from last year, Victoria Gorman focused on her first long swim and Joanna Shaw, with her wonderful family support, worked hard to succeed in the Indian Ocean. In the duo teams, we had Wayne Arthur and Marcus Ritchie (6:44:52), Alistair Newmarch and Kirsty Thomson. Justin Hanby was supporting his four person team. Swimmers from our team also travelled to Perth to support swimmers during the swim. Becci Gardiner paddled for Louise, Cameron Spittle helped his friend James from England and I led as coach.

The weather was fantastic on the Friday during the first important briefing for all swimmers, skippers and paddlers. The temperature was around 37C and everyone had a wet T-shirt after the one-hour introduction for the Rottnest Channel Swim.

On the Friday before the swim, every swimmer needed to be ready for the next day. Some small but important tasks needed to be done.

– Contact boat skipper and arrange where to ‘find the swimmer’, 1km off the beach
– Speak with your paddler about point-of-meeting after 1km swim, eating times and swim tactics
– Relax and mentally be ready.

Around 5am on Saturday 26.2.2011, all swimmers and paddlers were ready for the long swim. First the swimmers had to register and receive a special strap with their registration number. The final and main part of preparation came, when swimmers covered their bodies with Vaseline to protect the skin during the long hours of swimming. With goggles on, everyone was standing on the starting line, ready to begin a great swim.

Louise, Becci and I were on the beach at the time. Due to experience from last year, all preparation before the start went smoothly and easily. Registration, helping Louise and then getting to the kayak and meeting her at the 1km mark happened without any dramas.

At 5:45 the race began. From the beginning, Lou swam in the leading group of swimmers which included 8 solos swimmers. For the first 10km Louise swam at the same pace, alternating drinking and eating every 30min. Stroke rate was holding around 31 – 32 stroke per min. Her swim looked nice with smooth technique. At the 7km mark all swimmers had to stop. Race referees stopped all the leading swimmers for 3-5min. During that time a big ship crossed through the swim line. As Rottnest rules dictate, swimmers and skippers have to follow the referee’s instructions to the letter, otherwise swimmers can be disqualified for 2 years from the event. It was however, a great time for another refreshment before resuming the swim straight to the island.

After the 11km mark we saw only 4 swimmers in front and also 1 swimmer on the left side around 400m west. Lou, determined and powerful as ever, wanted to focus on the guys and catch and overtake them. As her coach, I changed my tactics. My decision was to hold the same pace for next 4km and on last 3km start to increase the pace to finish strongly in a good time. Lou accepted my instructions and I knew she wouldn’t kill herself and have the energy available for the last 1km, so as to make it to the finish line in a great time.

From the 13km to 16 km mark she swam at an identical swimming pace. This segment moved her to third place. She caught more of the swimmers. We still had one swimmer in front and one swam from the west. With our expert skipper Simon we headed to the Island. Louise was increasing her swimming pace and during the last 3km Becci and I were pushing Lou to a great performance.

Everyone in the team saw one swimmer in front of us. Lou was slowly decreasing the lead distance. We were pushing, supporting and yelling at Louise. The swim start had been fast and strong and we all knew she would finish happy. At the final 1km mark we left Lou. She was still swimming hard and strong and was only 200m behind the second swimmer. This great swim was her one of her best performances. She finished in a time of 4hrs 56min. Her time was 3rd overall and she was first woman on the island. That was her second win in a row. What a great swimmer. Congratulations Louise!

Another great swimmer Victoria Gorman was with her team TORI, ready for an unbelievable swim through the channel. Her time of 6hrs 14 mins (over 21.1km on her GPS) was the result of a lot of preparation and excellent motivation. Great job Tori! Keep swimming hard.

Our third solo swimmer, Joanna Shaw, had a really hard time after 10km. Her shoulder pain was slowing down her swimming pace and therefore her final time. Joe finished the swim in 11 hrs. I think that this was a most challenging swim. Great job Joe!

We left Perth with a great feeling and a wealth of new experience from the famous Rottnest Channel Swim. Some of the guys started talking about the solo swim next year, so I’m looking forward to helping more people achieve their goal in this demanding swim.

Thank you to all. 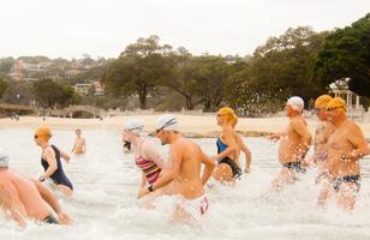 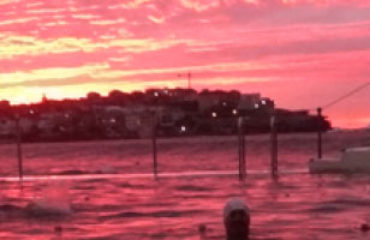 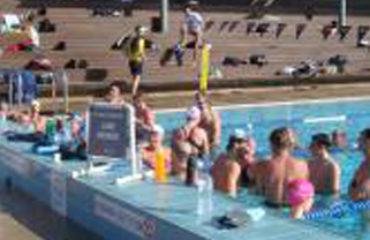