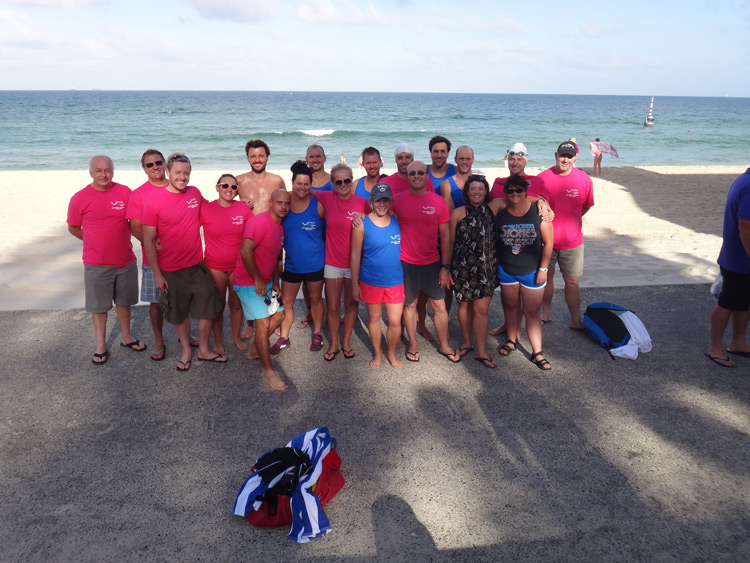 This year the lure of the Rottnest challenge (19.7km from Cottesloe beach to Rottnest Island in Western Australia) proved too great for 13 VLADSWIM individuals and a family duo to go and attempt. For some this was a repeat appearance and for others their first experience. I headed over on the Wednesday before hand and Vlad ended up arriving at some horrendous hour on Thursday night after flight delays from Sydney.

By Thursday night when we all met at the Ocean Beach Hotel at Cottesloe most swimmers and their support crews were there. It was a great opportunity for everyone involved to be able to ask questions of those previous competitors and to finalise game plans for the day with their crew. It was great to meet so many of our swimmers families who had come along to support. It was here that most collected their fantastic bright pink VLADSWIM Rottnest t-shirts organised by Bel Gorman. This ensured that we stood out at the briefing the next day with lots of us being asked “Who is VLADSWIM”. Great job Bel

Friday morning we started off with an 8am swim to get the cobwebs out, have a stretch and maybe calm some nerves then we all headed off to the briefing. Everyone collected race packs and had the obligatory photo session and as you can see the T-shirts really did stand out.

During the day on Friday the weather deteriorated quite significantly to a point where there was sideways rain and very strong winds that were whipping the ocean up into a nice choppy mess. Needless to say we were hoping it would all disappear by the morning for the race as it would be very unlikely that it would be run if it remained the same.

Saturday morning began nice and early and to everyone’s relief the winds and seas had died down, not enough to be smooth and silky but enough that the race was to be on. Swells were about 2-3 metres and wind was about 15-20km per hour. Not ideal but doable. 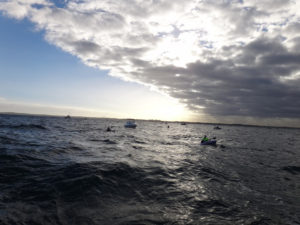 The first solos, girls and seeded men headed off at 5:45am from Cottesloe Beach with the rest of the solo men following in at 6:00am. From then on at 15min intervals the duos and then the teams of four followed. A By the end of the day 199 solos, duos and teams had completed the 19.7km to the island.

At the start of the race your paddler can only join you after 500m and by 1500m you must be united with your paddler and support boat. If you fail to do this you can’t keep swimming. For this reason the start can be very chaotic with boats and kayaks everywhere but also very colourful with different flags, helium balloons, zinc covered arms and backs and an odd assortment of headwear on the paddlers, boats and swimmers all quite desperate to meet up one another.

Of the VLADSWIM solo swimmers 12 out of the 13 were finished in less than 7 hours with 2 in the male top 10 finishers and 3 in the top 10 finishers in the female division. Iain Melhuish came home third overall in a time of 4hrs 46 mins only 12mins from the first solo finisher. Our duo team “Gorm” also came home in under 7 hours. See all VLADSWIM results below.

I know Vlad and I were extremely happy with the results and proud of all our competitors. Lessons were learnt on the day such as “take a seasick tablet just in case” “don’t try a new drink for the first time on race day” and make sure your support crew really know how you swim, makes it easier to find you at the start, and also being aware of your nutrition plan.

I look forward to next year where I’m positive our team will be bigger than ever. 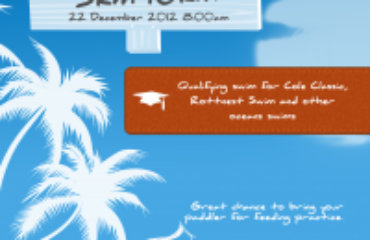 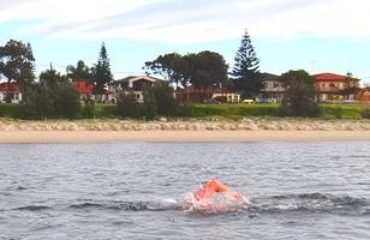 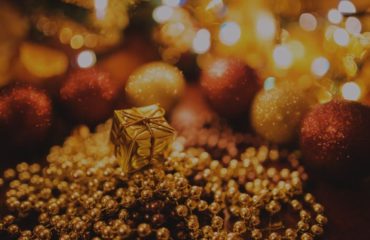