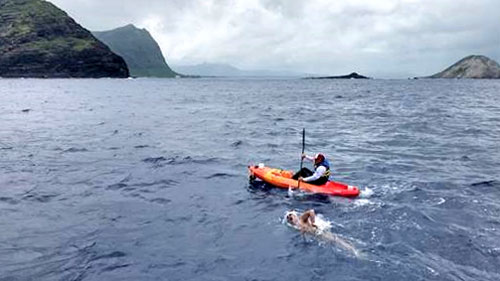 The week of waiting for the swim.

In April, Justin, Dean and I travelled to Hawaii for the Molokai Channel swim. After a solid 6 months of preparation, Justin and Dean were ready for the challenge of the longest Channel swim from the Ocean Seven series.

During the week, we were given little hope to do the swim. The skippers were hopeful, but not confident, Dean and Justin would get to go. The weather in Hawaii was so strange. Strong wind and cloudy weather was the daily Hawaiian offering. The weather guru forecast didn’t bring any positive outlook for the entire swim window. Unfortunately, the week passed by and a final decision had to be made. No swim for this week and no swim later. Justin and I travelled back to Sydney with a new plan for his Molokai swim. Justin’s plan is to go back next year stronger and better prepared.

Mr. Dean and Kylie stayed in Molokai. Jeff from the association still believed there may be better swim conditions coming and he suggested to Dean he stay, hoping for an opportunity later the next week. Dean stayed on Oahu and surprisingly the weather did improve a little. Good news was announced, that the swim would start on April 26th at 5pm, giving Dean a shot at the Channel. The forecast didn’t look perfect for the swim but it was one chance for Dean to swim, otherwise he would travel back home without swimming.

Luckily, the swim went ahead and Dean swam from 5pm in the afternoon to the following afternoon, 20 hours and 12 minutes. Dean’s description of the swim is simple. He swam all the way through with current against him, 5 hours he swam with a shark and his swim finished by landing on rocks beneath Makapuu Lighthouse. Dean’s story is so interesting and brave. His story covers so many aspects of the human spirit.

I would like to congratulate Dean for a fantastic swim and enormous effort he put into this. It is such a good learning experience for all open water swimmers. Dean is chasing the last 3 Channels to complete all of the Ocean Seven swims. In July, his sights are already set on the Tsugaru Channel and then Cook Strait and Gibraltar will follow. Keep swimming and congratulations on your fantastic swim. 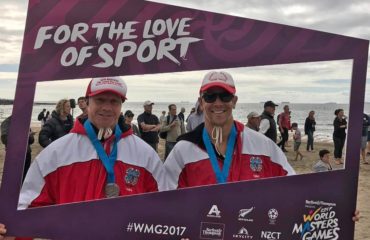 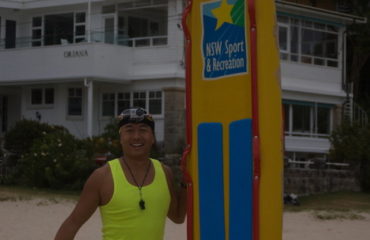 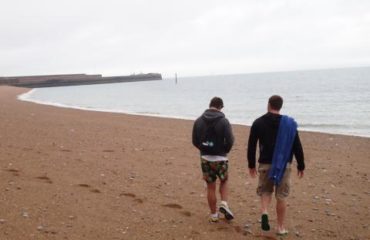